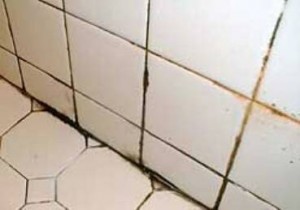 Tiles are made from ceramic, metal, or rock. You may also find some which are made from wood. The problem is that regardless of what a tile is made of it can in many cases become growing ground for mould. Restoring tiles by having the mould removed, is not hard, and can be done by anyone as long as the problem is small. Don’t risk your health in larger mould problems, call in a specialist. We asked mouldinspectiontoronto.com, for some tips to share with our readers and clients.

While tiles can be used everywhere in ones house, the ones that are more prone to mould are the ones in bathrooms and kitchens where humidity is usually higher. Water leaks on ceiling and walls and even un – dried water spills on a tiled floor can already lead to mould development. And this could negatively influence their function and appearance.

What usually happens is that mould doesn’t grow on the tile itself. More so on the grout that accumulates on tiles. In poor tile jobs, grout fills the small cavities between tiles holding them together. Mould then grows on the grout and if not treated the mould will just grow more given the right conditions of humidity. The first sign of a mould problem is an apparently unclean tiled surface. Another indication is when you try to clean the grout it is harder to come off. If that is the case chances are you are dealing with a small problem.

If left unattended, mould on tile grout can result in additional expenses for repairs and replacements not to mention the potential health effects. The way to minimize the risk of having to replace your tiles or the costs of mould remediation, you should take the necessary steps to prevent it from growing in the first place. Just in case nevertheless tile grout and that molds had already rooted themselves on tiles, the greatest strategy would be to implement a highly effective tile mold removal procedure.

To sum up, molds may also grow and taint tiles and even weaken tile grout. Not taking the necessary steps to remove the mould can result in added home cleaning spending. To prevent that, tile mold removal must be implemented and it must be made sure to be successful.